Out and about with Mirai smart doll

There are two different type of doll collectors (at least I think) one type buys the doll, stores it for display only, I’m the kind who take my dolls out for photos! 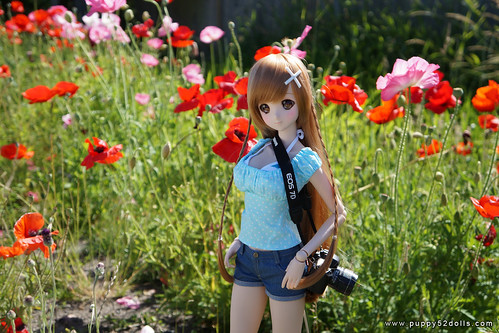 On a nice sunny (and slightly breezy day) I decided to take Mirai Smart doll SDMV out for a “test drive” to see how it feels to take her out for photos :) What is Smart doll? I was really excited when I found out that Mirai comes with a telescopic stand which we can plug into the back of the smart doll. Usually with the regular doll, during a breezy day or on uneven surfaces, it is quite impossible to pose the doll without the big risk of having the doll “face plant” and get hurt. Imagine the pain when the doll is scratched or damaged! When doing doll photography usually we have the camera and other equipment with us to take care of, and not having an extra stand (which may not work out) to worry about is a plus! 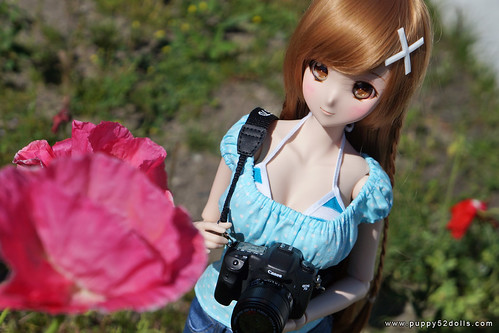 So another benefit of the telescopic stand is that it is thin, so even if the stand showed at the back I usually just have to do very minimal photo editing to get rid of it :) 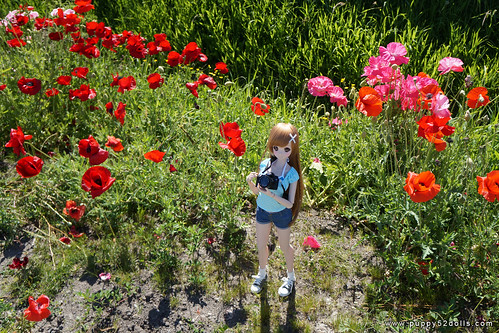 Below is picture before editing the stand (and the shadow) out. 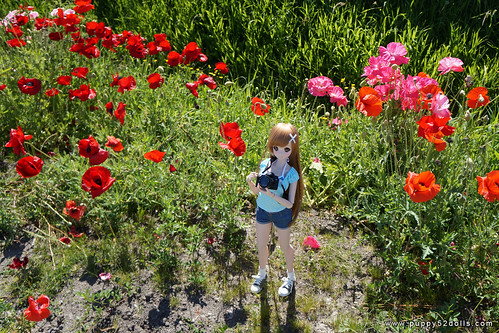 With Mirai being supported by the stand, I can step slightly further from her without worrying about her falling. But I still wouldn’t recommend doing so on strong winds… 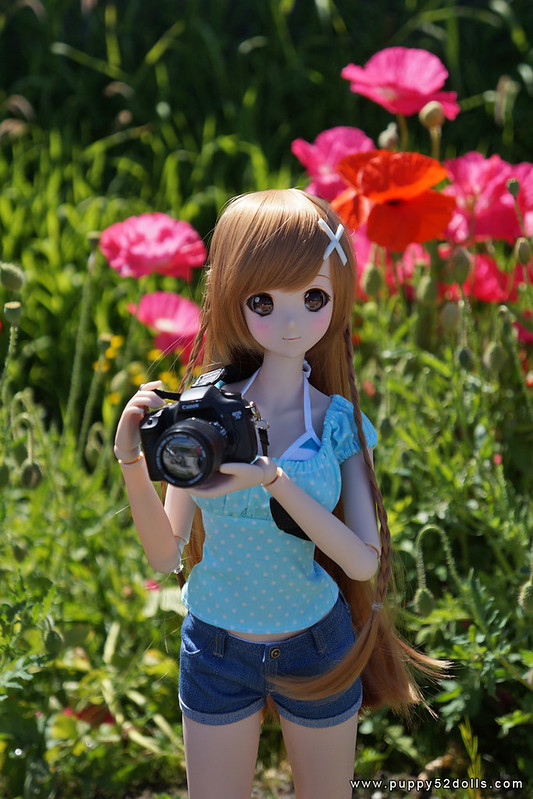 For the photos of Mirai holding up the camera, I only needed to worry about positioning her hands and the camera miniature so that they look somewhat natural :) 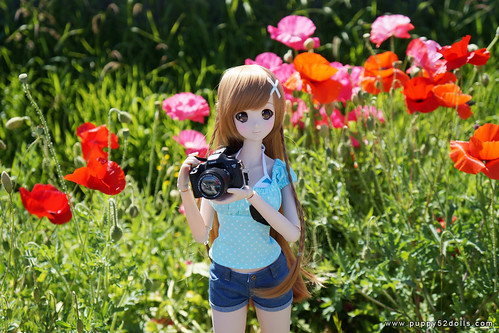 Below is another example of the stand 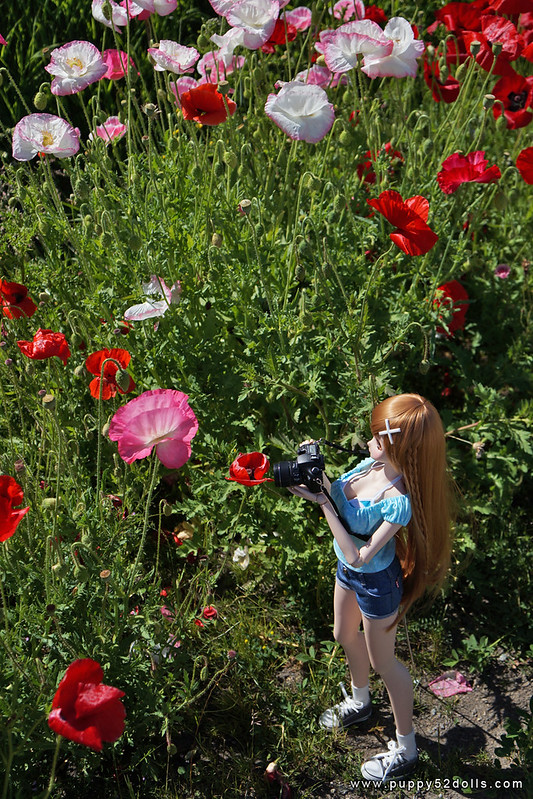 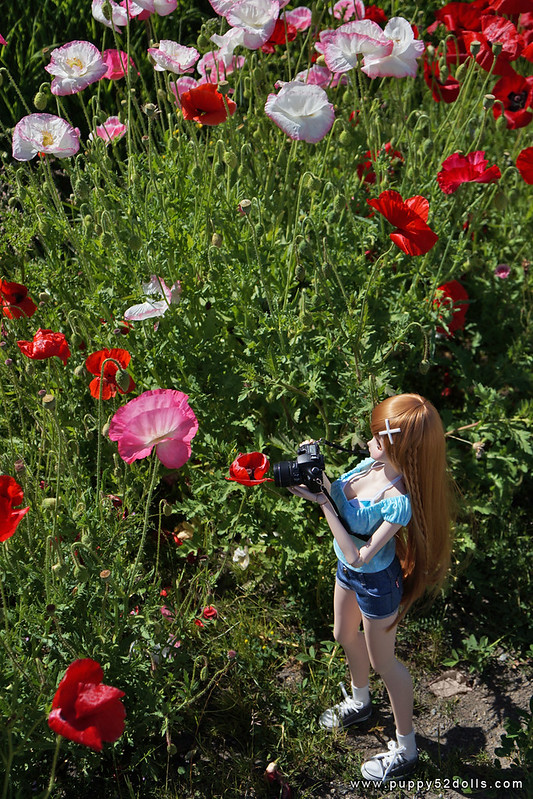 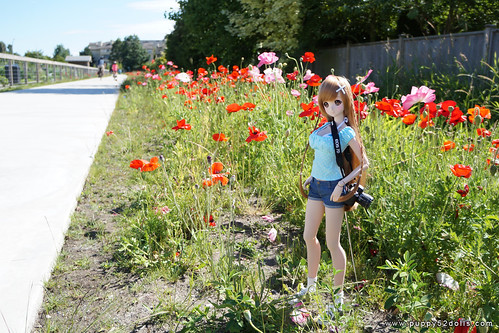 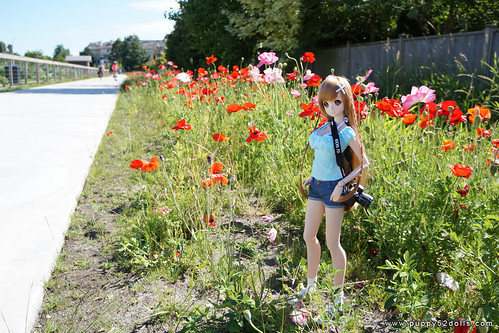 Mirai can bend her knees to take a closer look at the flowers XD I didn’t bother to edit the stand out, can you see it? ;) 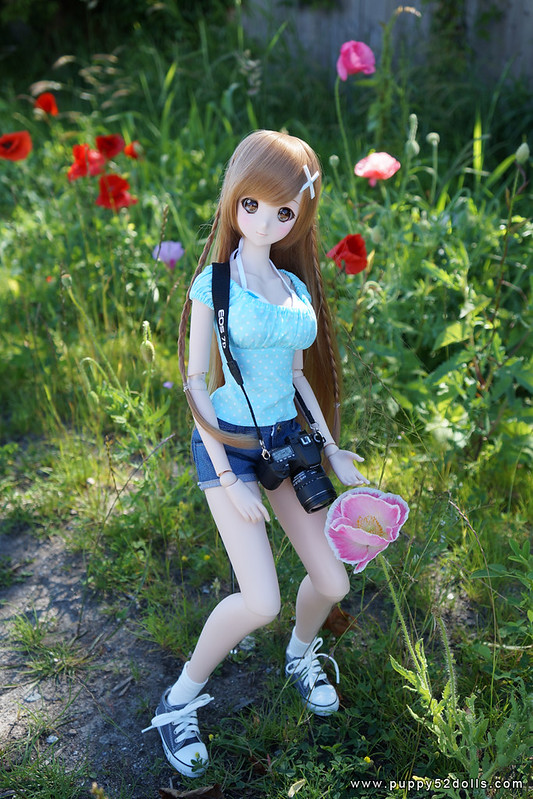 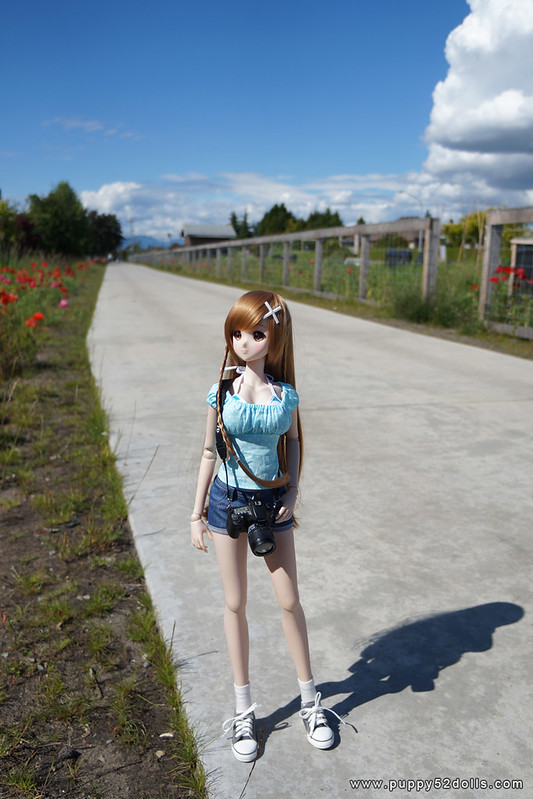 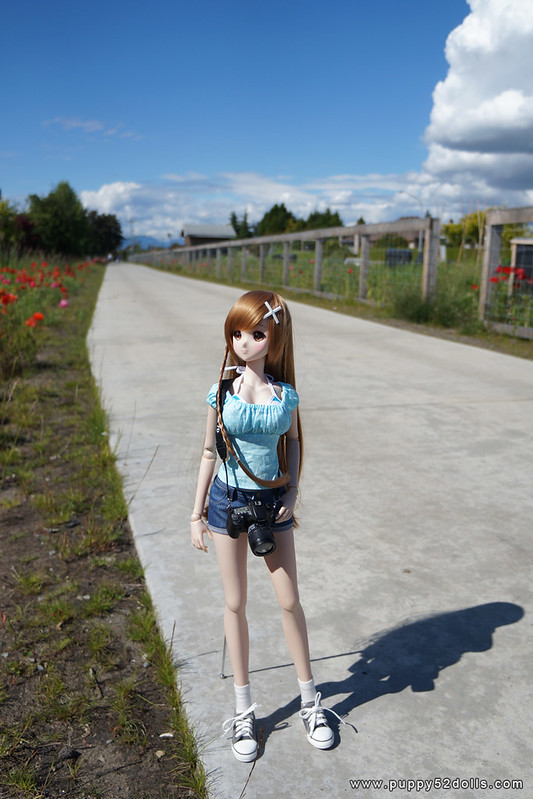 But of course, you can just take a picture with the stand hidden behind her, rather easily ^^ 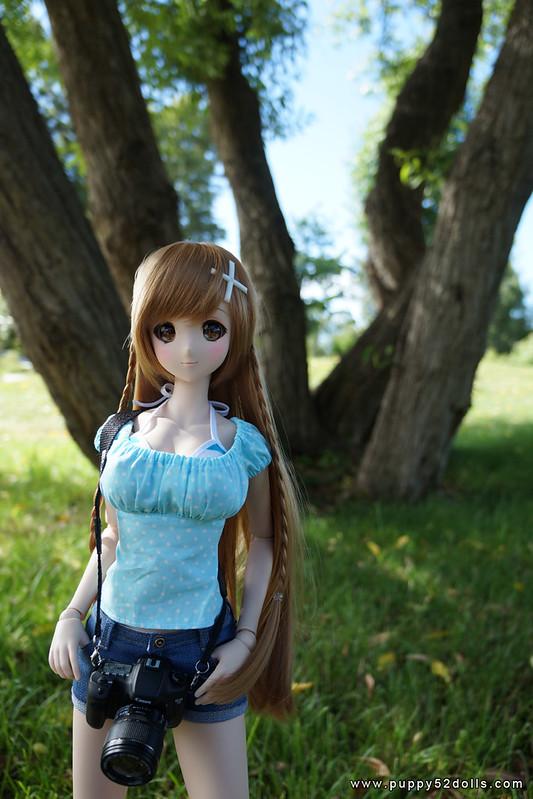 The stand is completely hidden, and is sticking into the grass behind Mirai ^^/ 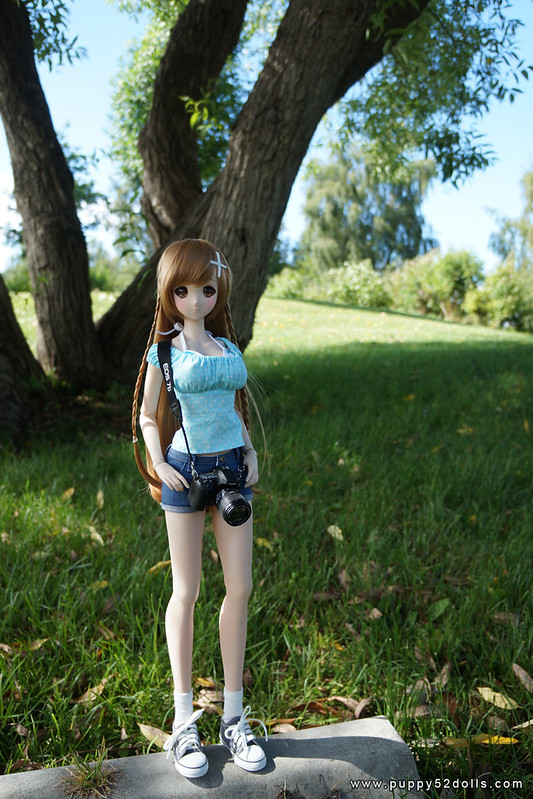 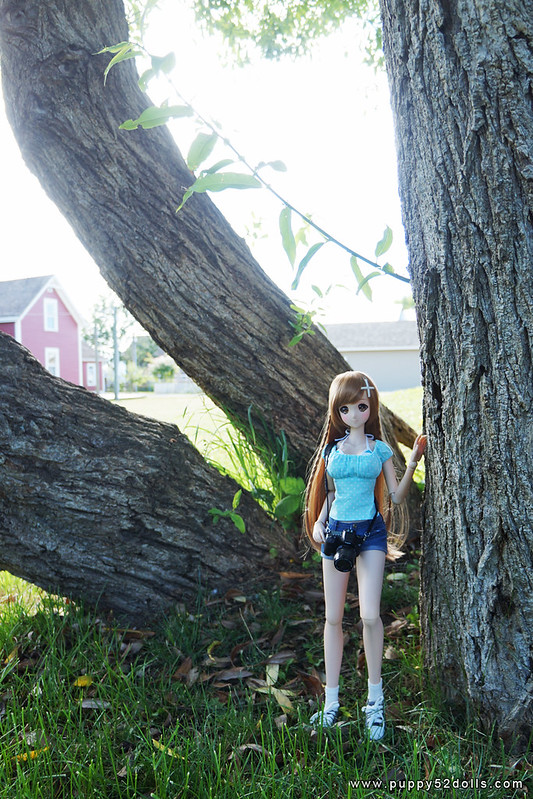 In the next few photos, Mirai is standing on the uneven surface of the tree roots! I was even able to hide the stand for some of the photos ^o^ Her legs can bend and her ankle’s joint enable me to position her feet into a stable position ^^ 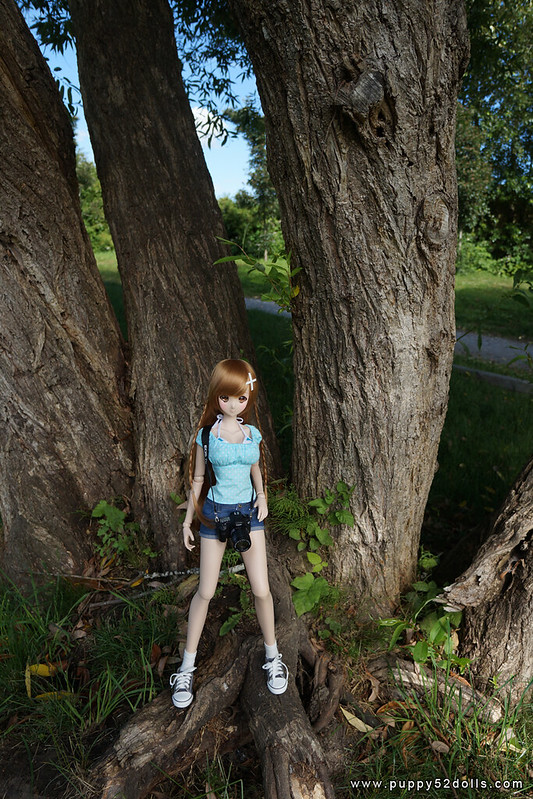 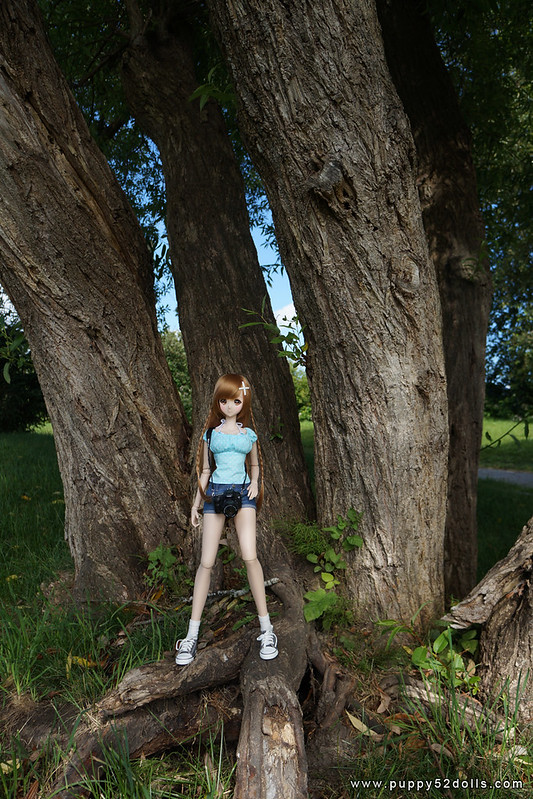 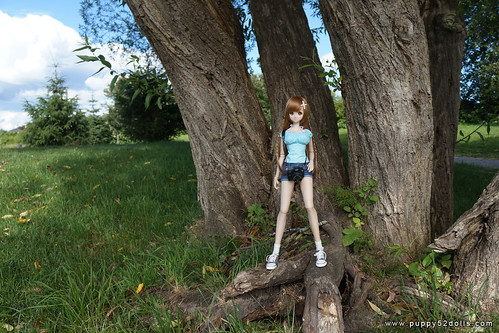 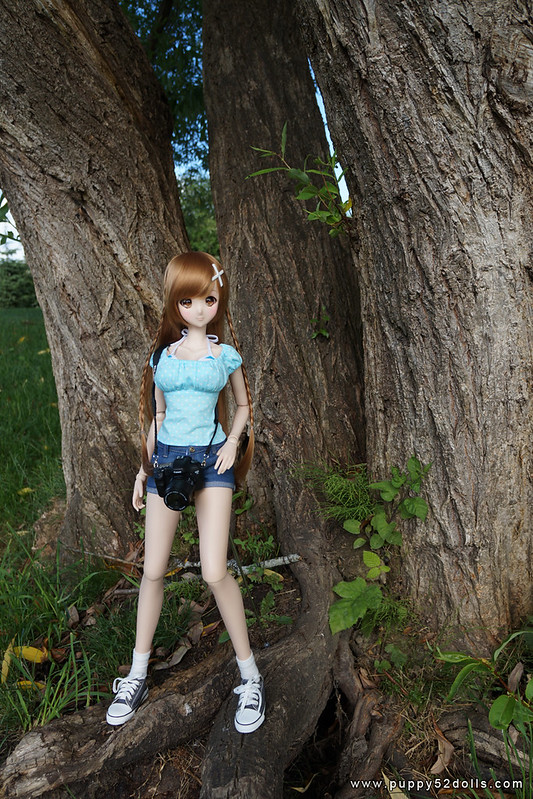 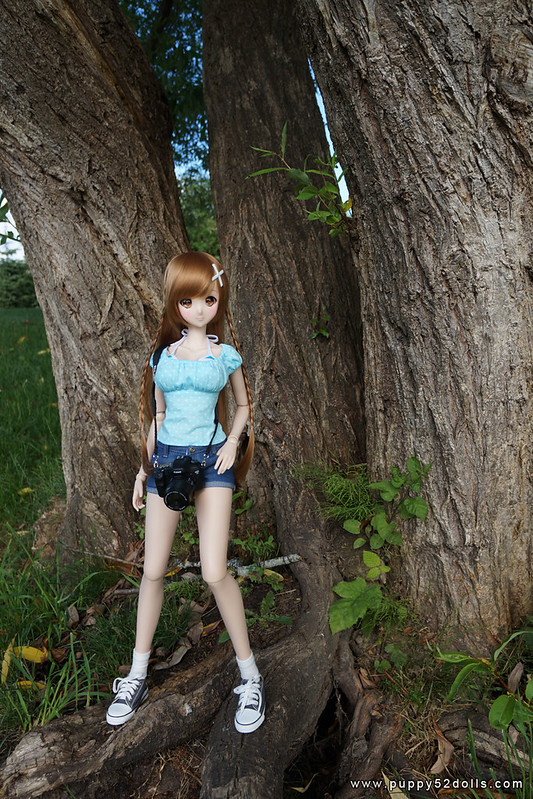 From a low angle shot, her knee is able to hold the bent pose ^o^ 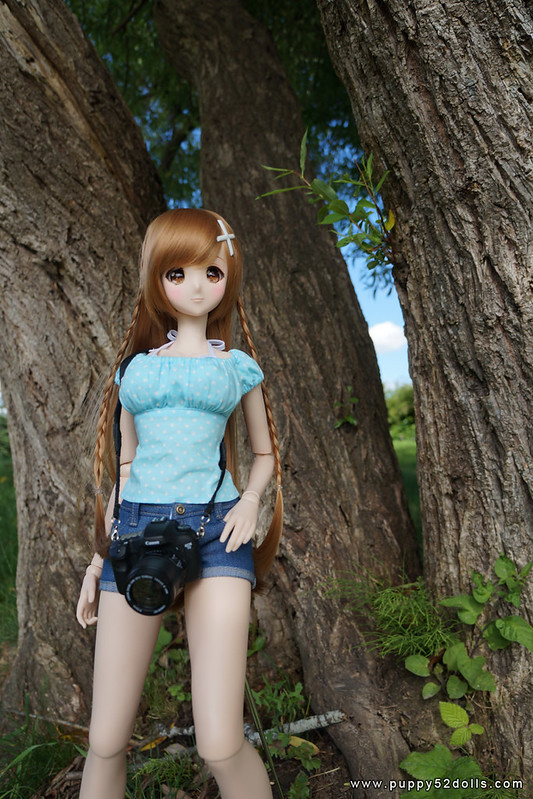 This is a slightly risky pose which I do not recommend to do so if it’s too breezy ^^; The legs are closer together so the “tripod” stability is not there. Risk of doll falling is higher ^^; 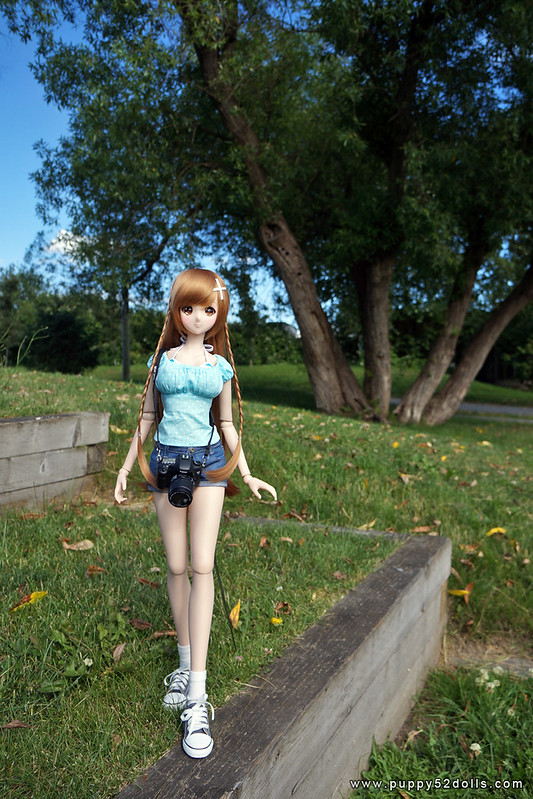 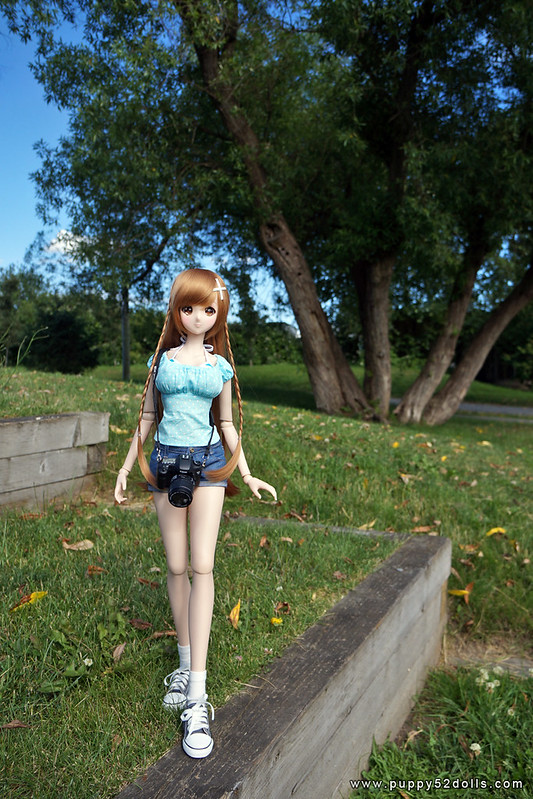 I biked out with my Strida Mini for these photos (after running an errand :D) It’s photobombing Mirai lol 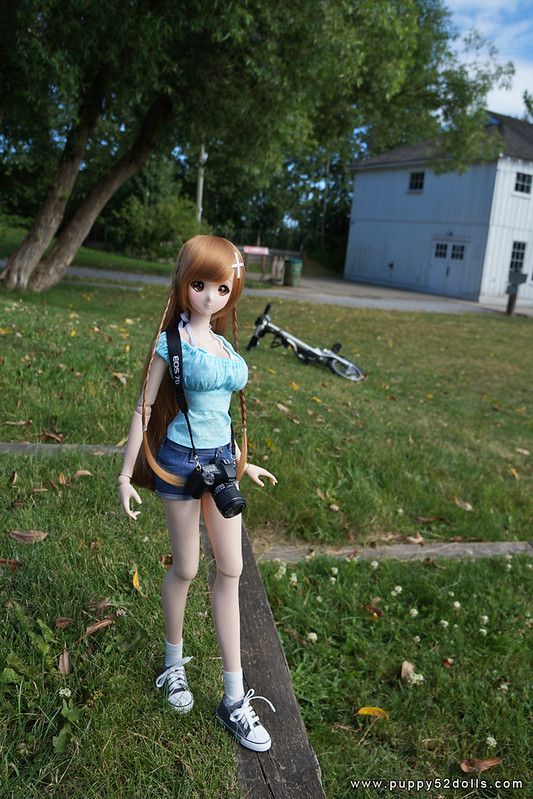 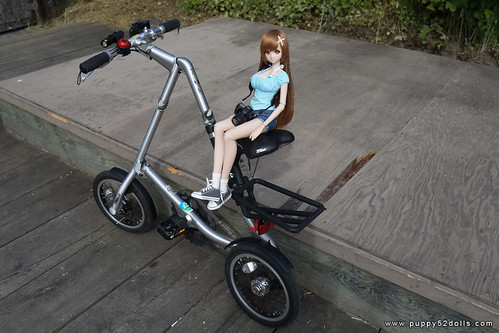 Take note, when Mirai’s magnetic hair pin is not in use, store in a safe place :P I almost lost it for about 4-5 times so far (indoors and out lol) I may try to see if finding a stronger magnet for inside the head might help the clip stay on. Will update when I do so ^^

The telescopic stand comes with a little clear rubbery material covering the tip which may shift during use, and will need to be cleaned if you stuck it into dirt ^^; I usually have a packet of wet tissues to clean the bottom of the shoes and I use that right at the end before throwing it out to clean the tip. ^^ 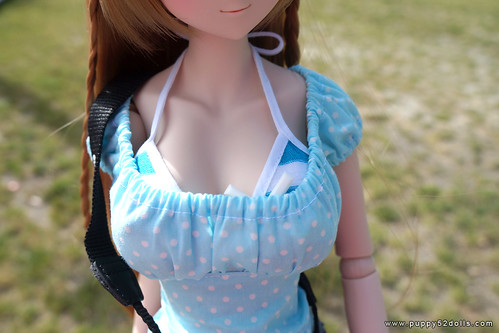 Thanks for looking! I hope you enjoyed the photos as much as I did taking them! I have more photos taken the next day at different locations. I’m looking forward to share them at my next blog post!

Extra notes: Mirai’s blouse and bikini top in these photos are made by me, originally intended for Dollfie Dream – They fit Dynamite body snugly and L-bust and now they fit Smart Doll (L-bust in these photos) quite snugly as well. I intend to take some preorders for the webshop in near future! Some of you may have already own these items so you may wish to try it on your Smart doll – congratulations if you adopted her! (And Thank you!)

10 Responses to Out and about with Mirai smart doll