Mirai in an urban area

A couple of friends wished to meet Mirai so we did a quick and dirty meet with them at Aberedeen Center :P 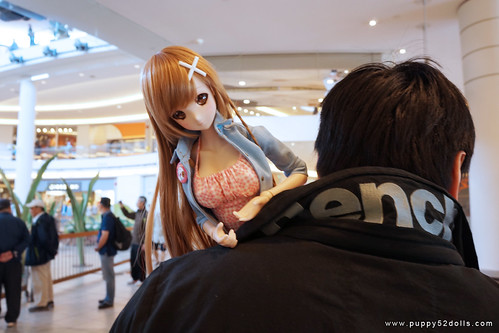 Much easier to take photos on a flat surface XD I should have waited until the fountain starts… But there’s quite a lot of people and kids around when the foundtain plays so maybe another time is better ^^; 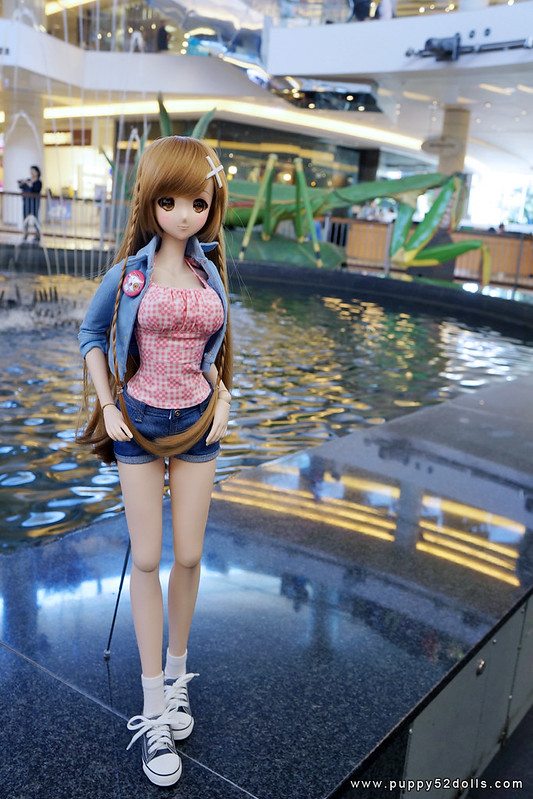 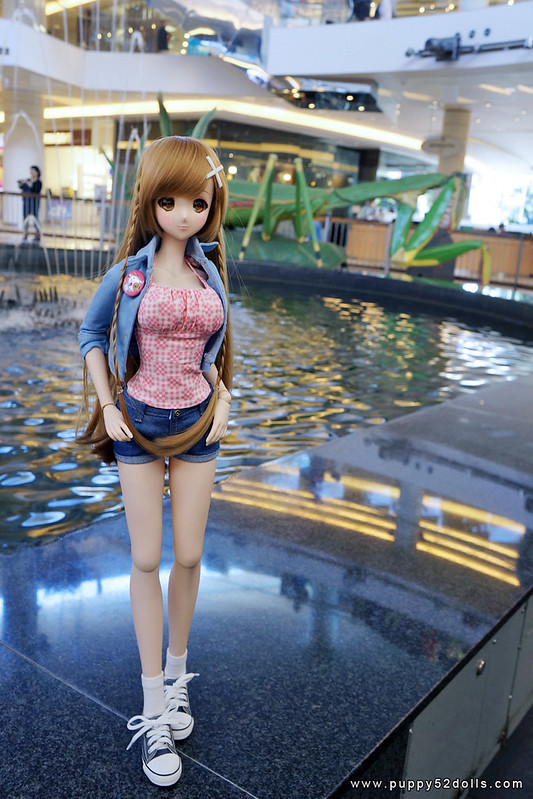 There’s a giant bug exhibit going on ^^; Too bad it’s blocked off, otherwise I might put Mirai on those huge bugs :P 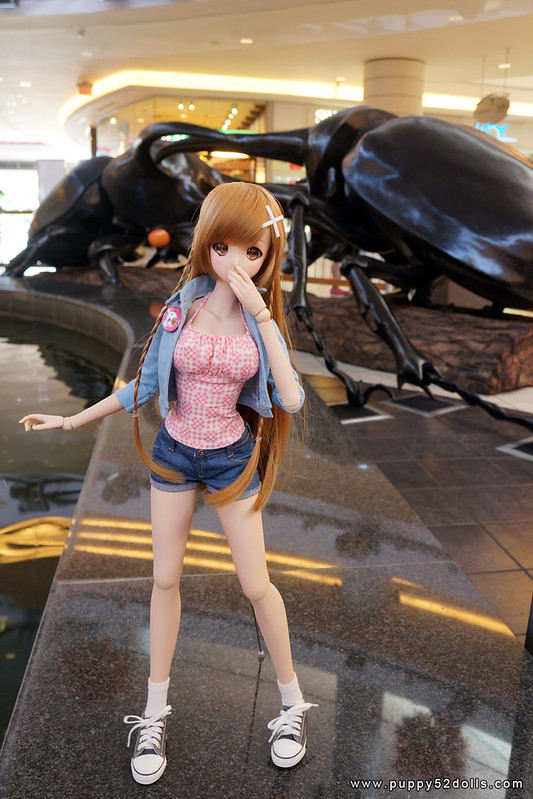 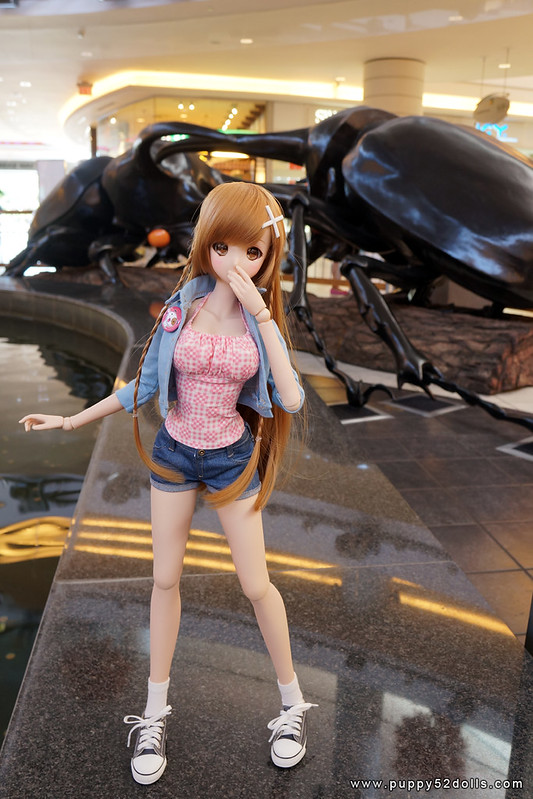 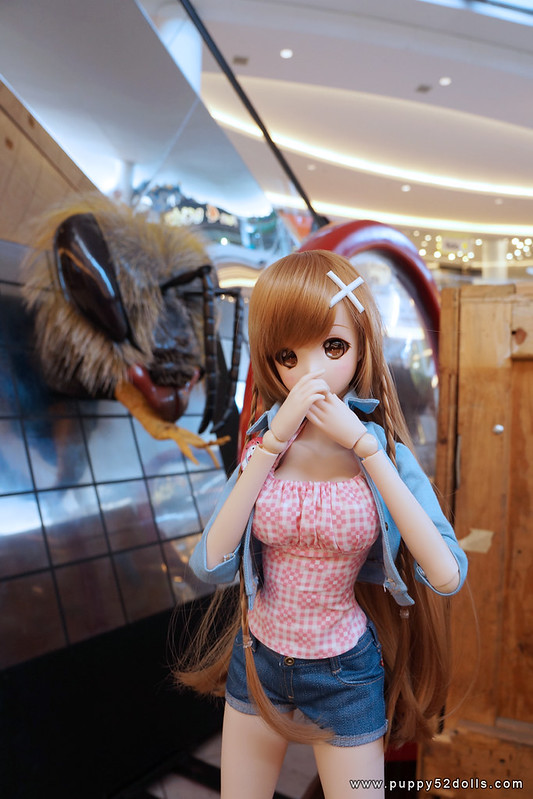 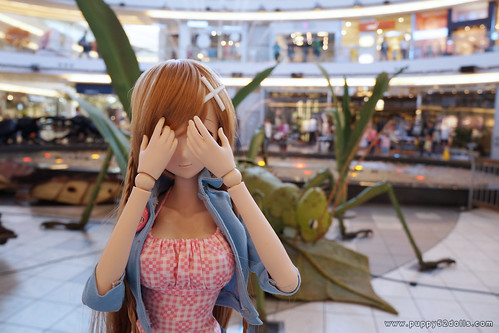 So we stepped outside for some photos with lavender bushes ^o^ 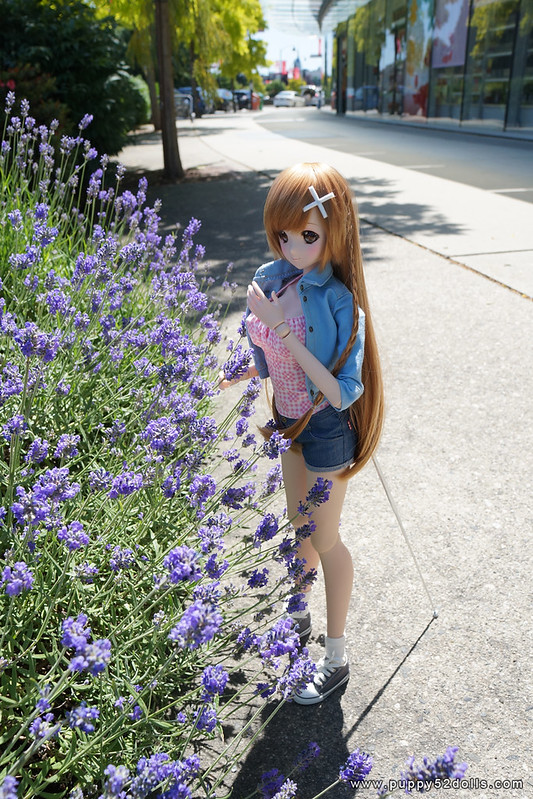 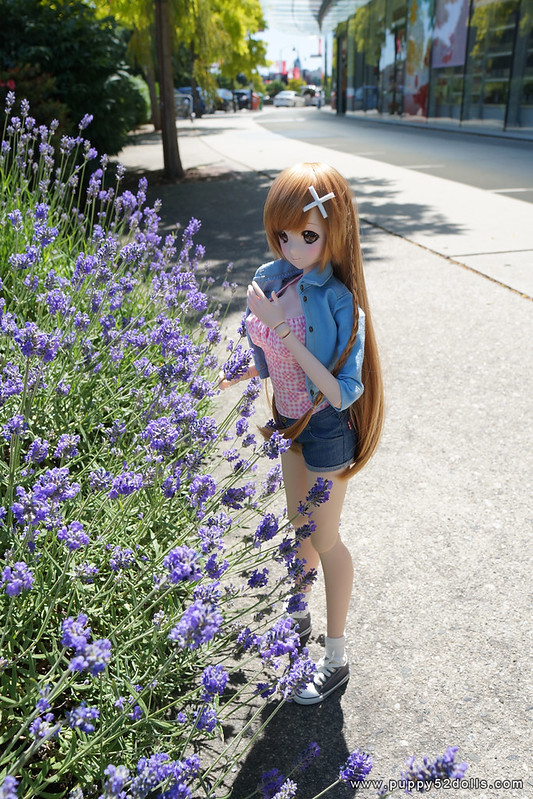 Sometimes the stand shows because I was trying to position Mirai to the lighting I wanted :P 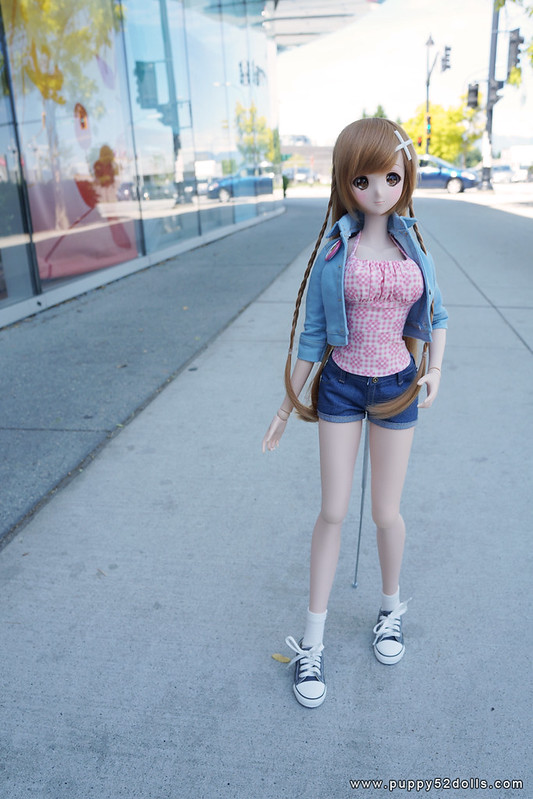 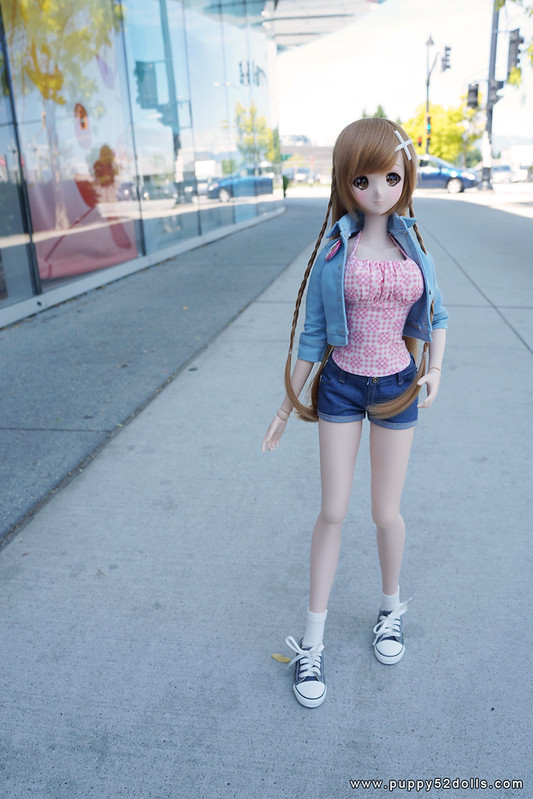 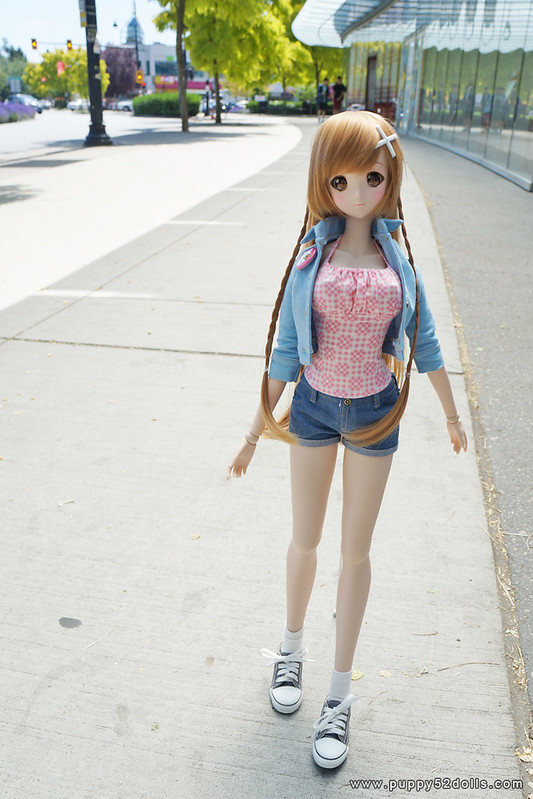 She loves the fragrance and colours! Here I cropped off (via camera) the stand 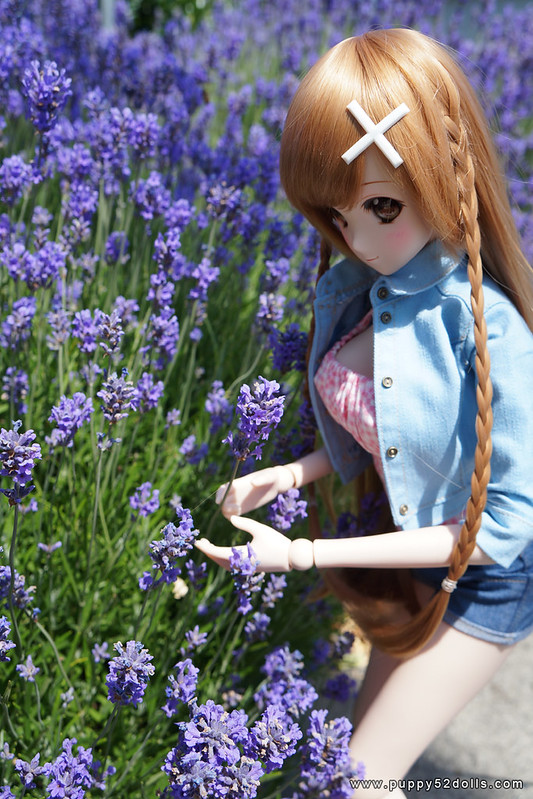 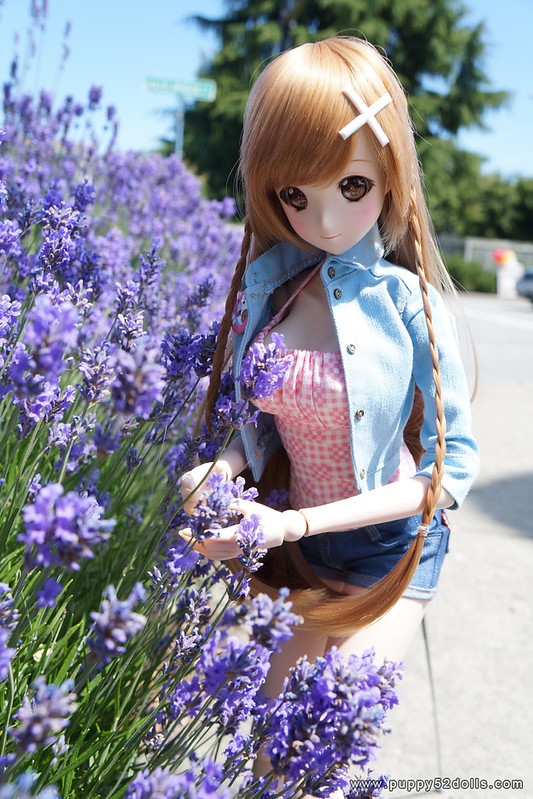 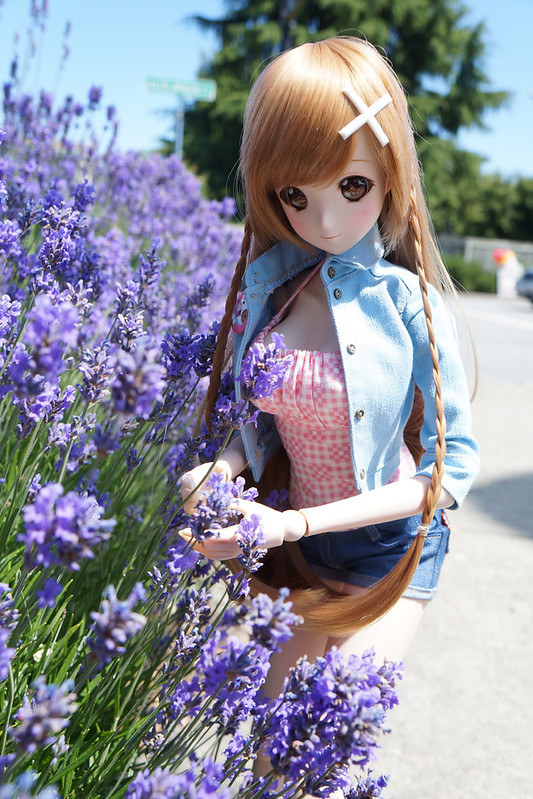 When the ground is flat, it’s easier to do the knee bent pose ^^ 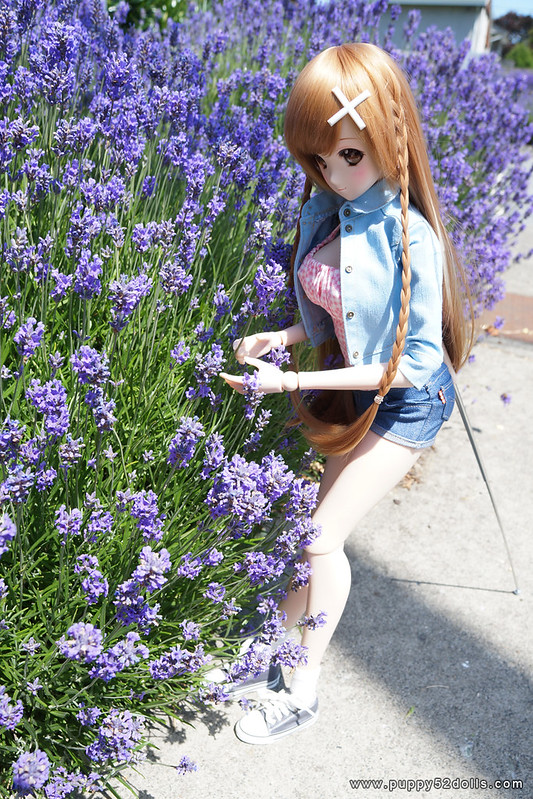 I wasn’t very careful so had to edit out the bar behind her bum :P 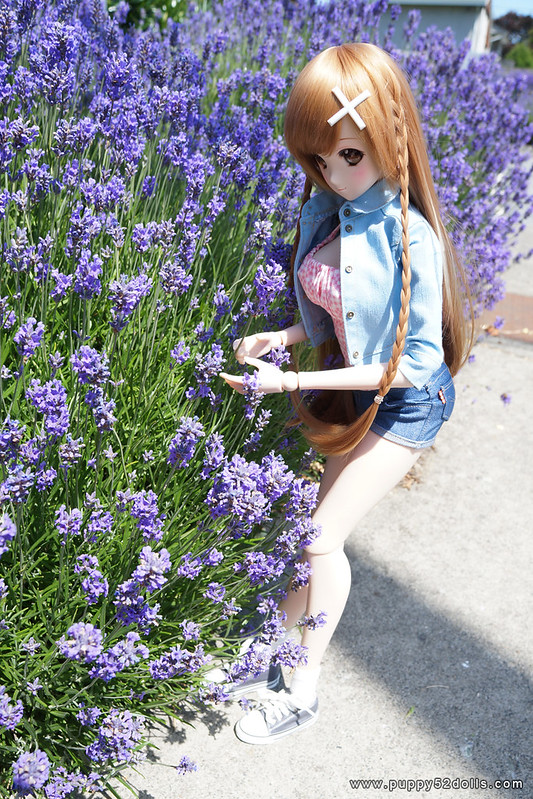 The stand can be pulled longer than where her legs end, so you can stick it into places which is hidden, or deeper at the back ^^ 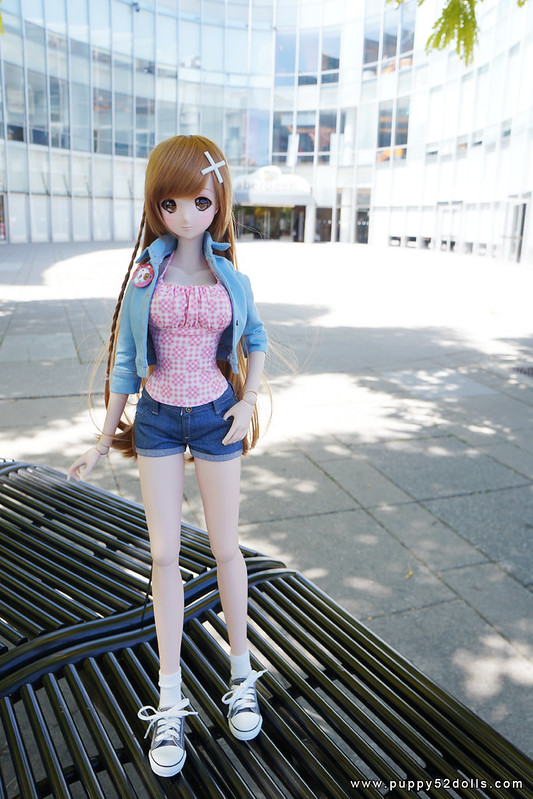 It would be impossible to do this with a large base! 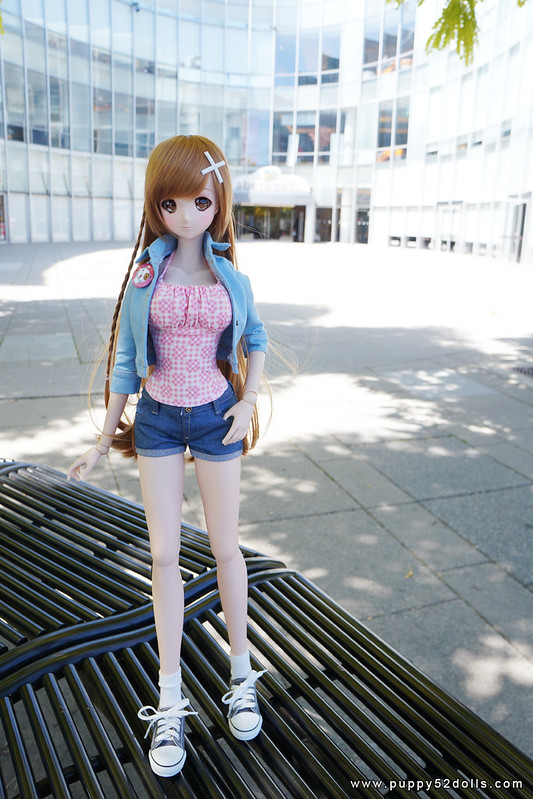 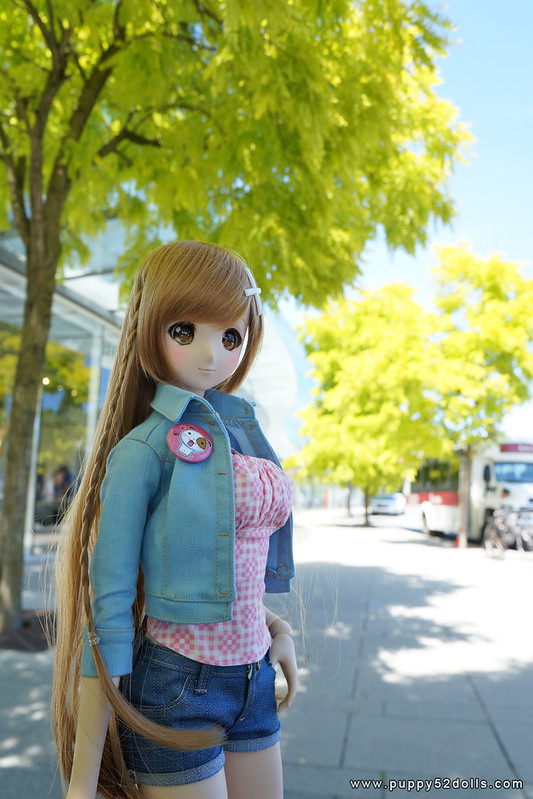 I have a few more photos taken over Sunday, so till next time!  I will be preparing some doll clothing soon, along with items for a couple up coming conventions (Blythe con Seattle, and Anime Revolution). I want to play with Mirai moar but need to make some $ lol!

Extra notes: Mirai’s blouse and light blue denim jacket in these photos are made by me, originally intended for Dollfie Dream – The pink top is a halter top, fit Dynamite body snugly and DD L-bust and now they fit Smart Doll (L-bust in these photos) quite snugly as well. The blue jacket however does not fit as well. It was not intended to closed even if worn by a DD L bust, so I included in her wardrobe today ^^ I intend to take some preorders for the webshop in near future! Some of you may have already own the halter top so you may wish to try it on your Smart doll – congratulations if you adopted her! (And Thank you!)